This page explains the civilizational characteristics of Mali and the operation procedure (order) by operation.

In Age of Empires IV, the civilization of the Malians spanned several years, from the pre-empire Malian Empire in the 11th century AD to the early 16th century AD. Uniting from a collection of independent kingdoms, the Malian civilization became one of the most influential West African empires in history and one of the wealthiest trading nations in history.

The civilization of the Malians is harnessing their influence and economic power to empower their civilization on the road to victory.

They can build open-pit mines on top of gold deposits to automatically generate a steady flow of gold over time and invest that gold in their own cattle food sources.

Through military units, the Malians are committed to those who seek gameplay focused on ambush and runaway style combat, and avoid fighting for as long as possible due to the lack of heavy armor.

Overview of Units in Mali 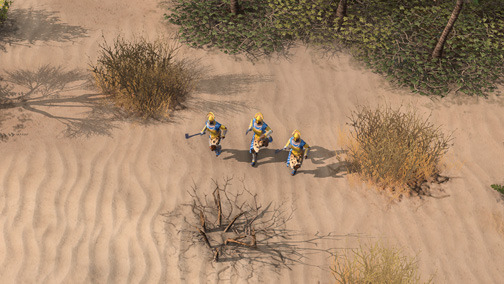 The warriors of Musofadi are female warriors who excel at ambush and stealth tactics.

Their low health and armor are offset by their high speed and damage, supporting ambush-style combat with a runaway. 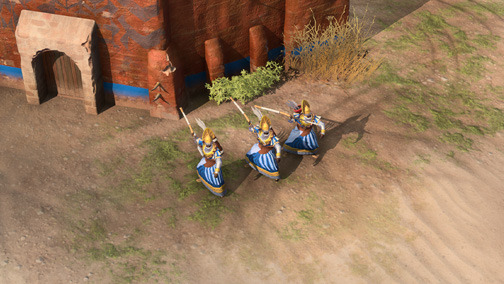 The Javelin Thrower is a skilled squamisher that replaces the Malian crossbowman.

As an excellent counter to ranged units, they deal bonus damage and have additional range when compared to archers. 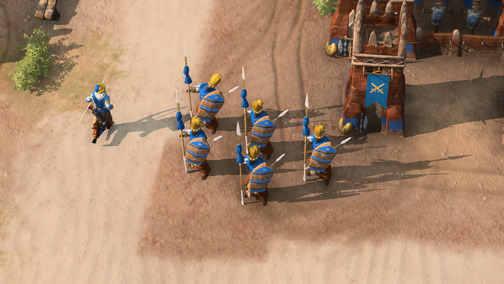 Dong-so is a Marian anti-cavalry hunter warrior who rushes into battle with a spear and shield.

It is also equipped with a javelin that allows for ranged combat, and can be automatically thrown at targets outside of close quarters combat. 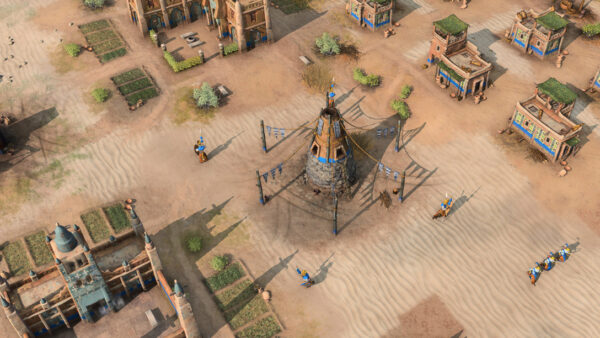 Thanks to the open-pit mines in Age 1, the Malians improved their early economy and research. By taking advantage of the early gold generations, you can get more technology faster than other civilizations. A powerful and unique unit, the Donso will help you dodge the early threats that the Malians may face as they explore the unknown world.

In Age 2, the Malians can expand their trade routes with new toll outposts. This will generate additional gold for you to pass through the caravan. Musofadi warriors become available and the Malians offer a new means to raid enemies early while expanding their empire. 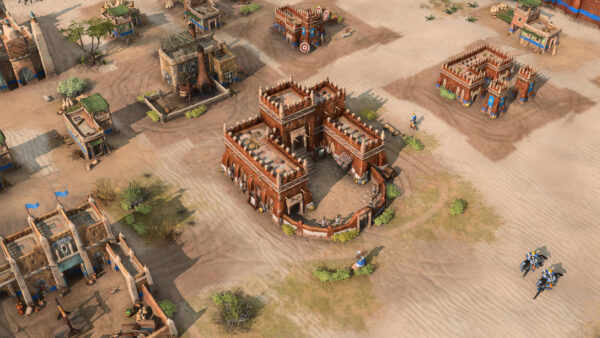 In Age 3, you can use accelerated resources to start producing large numbers of units through the Gold Barracks landmarks. This will provide timely reinforcements to expand raids and ambushes of the runaways. With the expansion of the technology of the couch jockey, archer, and dongseo, there are even more tools to put pressure on the enemy. In the case of Archer, a unique upgrade of the poison arrow will be available, and over time the arrow will begin to deal additional damage. 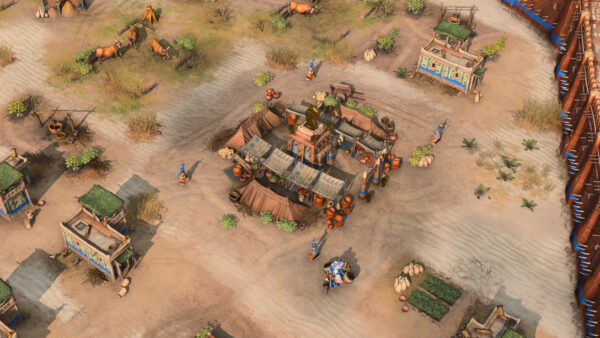 In Age 4, Malians can start creating global buffs through the Griot Bara landmark. This gives the player various options to strengthen the economy, add firepower to the siege, or increase military production to attack the enemy from all directions. Musofadi Gunner also joins the fray, giving the Malians another deadly force to exploit stealth. Due to its unique ability, it can activate stealth for a short period of time, even outside of the Stealth Forest.

Mali’s economy blossoms with the production of gold and food. Build open-pit mines in golden deposits and produce unique infantry units that can ambush from the invisible or attack with throwing spears.

Exercise a superior golden economy and build open-pit mines on top of the gold veins of the Dark Ages(I) to produce gold without depletion. The people of the city can mine gold while operating in the open-pit mines.
If gold veins are completely depleted, open-pit mines will continue to mine deposits or gold.

For each house or mine within the sphere of influence of the open-pit mine, the calculated gold is increased.

Produce cows from flour mills in the Dark Ages (I). Cattle can be produced so that the townspeople can harvest them immediately for food, or they can be stationed on indigenous cattle ranches that produce food over time.

The unique units of the Musofadi Warriors and the Musofadi Musketeers can use their invisible abilities to sneak in and create opportunities for surprise attacks.

Merchants and trading ships passing through the checkpoint outpost will offer instant gold bonuses based on the amount of gold they are carrying.

When you come near the port, the movement speed of all ships increases.

Efficiency of the Flanian enclosure (landmark)

Effects of the Fort of Huntress (Landmark)

Mari doesn’t have a crossbow, but if you research poisoned arrows, you will be able to damage even heavy soldiers with archers by ignoring their defense, so if your opponent comes out with Musofadi’s anti or you don’t want to be shot, it’s Ali to mix the bow.

The spearman Dong-so is a little stronger than the spearman in close proximity, and if the soldier is also greatly superior in number, he will not be able to fight.

On the other hand, when dealing with Mali, if Mali is a mixed class, it is often the case that the army alone is outnumbered.
But. Musofadi is very cheap at 50 gold and 30 meat meat, so it is troublesome when Musofadi alone builds a large number of warrior training centers.
The Mussofadi Warrior doubled the attack power of anti-hoplites in Era II, and almost doubled at 14+12 in III.
It’s cheap, trains as fast as 11 seconds, and springs up endlessly, so it becomes difficult for soldiers and knights. Get a bow, a rider, or a gun. Since it is lightly dressed, a camel bow is also good.
In the case of Rome against the Mussofadi warriors, Landsknecht is overwhelmingly strong, not the soldiers.

Also, instead of being cheap, the house is quite fragile, and I can burn it even in Scout 3, so I want to destroy the house around the money relentlessly.
Open-pit mines are +1’d each era, so be sure to know the location of all open-pit mines.

Started serial production of people in the city. The scouts hunted for sheep.
As soon as it started, one of the people in the city built an open-pit mine. The rest is one round trip of trees, save two trees for the house, build a house, and go to the sheep. Leave alone in the tree. The house will be expanded as soon as the trees accumulate.
The people of the production town turned to sheep.

The house is cheap and covers the population 5, so the cost is no different from a normal house.
Since there will eventually be four open-pit mines, it will be necessary to build many necessary houses around them.

I want to prevent house division and vandalism in Dong-so, so I want to build a warrior training center as soon as possible.

The dongso of the warrior hut and the spearmen of the archery training center are excellent as counter units, and although they are weaker, they can also put out heavy cavalry at the cavalry training center from II, so it is easy to deal with vandalism, and it is easy to aim for 2TC (the second house in the center of the city).
Building a house around an open-pit mine is very easy to be destroyed, so if you can send a few soldiers, cut the tree and get a view at the outpost etc.

Musofadi warriors are cheap, fast to train, and can be used stealth to troll, but beware of low HP.
It is useless unless the opponent is a country where there are soldiers and knights in 2.

One open-pit mine can be built for each evolution, so build it as soon as possible.

If you can prevent it by more than 2 TCs, Evolution chooses a large enclosure of the Fulani tribe, builds a ranch around it, and uses the surplus money to put in cattle from time to time to get food.

An open-pit mine was added.
The combination of dong-so + throwing spearmen usually manages to get by, but this configuration is weak only for military soldiers.
If you read it and the opponent comes to you as a soldier, build an infantry training center about 1.5 ~ 2 times the feeling of playing a normal country with a rabbit and mass-produce a musofadi single. It’s very cheap, so if you push around in this configuration, you should be able to push it off before your opponent can change the class and deal with it.
For the time being, the Musofadi warrior is cheaper than the spear and the throwing spear.

Musofadi doesn’t have any bonuses other than heavy equipment, so it’s a good idea to mix a few archers who can use the poison arrow upgrade from III. Spear for knighthood.

Iv. Evolution, if you’ve been doing AoE3, go with Guglio’s Rose Drums. It’s a building that can activate skills that can increase meat collection speed, army production speed, and siege power for a short time every certain time, so number it and press it when you are about to come.
In particular, the siege power is doubled, so do not forget to push it at the time of siege.

This page explains the civilizational ch ...

No comments yet. Be the first one!

Tricks and settings that beginners of AoE4 should remember

This page explains the civilizational ch ...